On a night that saw the storm of the year pass over Northern Germany, the third plenary session of the biannual meeting of the German Anthropological Association on Engaging the Post/Colonial Archive was held in the main hall of the Freie Universität, Berlin. Outside the plenary venue violent winds toppled trees, ripped off tree branches and brought the public transport system to a halt.

New disciplinary winds have also been gusting through the corridors of the German Anthropological Association, as members mooted a change in the association’s name from Völkerkunde to Social and Cultural Anthropology, attempting to, in a sense, rebrand the German anthropological enterprise by shifting away from its folkloristic historical tradition.

The 3rd plenary session took up the critical, introspective energies swirling in the German academy by bringing scholars and museum practitioners together from Europe and southern Africa to engage with a probing set of questions about the historical constitution and contemporary workings of archives and museum collections in Germany and elsewhere.

Co-chaired by Larissa Förster, post-doctoral researcher at CARMAH, at the Humboldt University Berlin, and Prof. Katharina Schramm of Bayreuth University, this all woman plenary session, refreshing and important for the discipline in Germany, called for engagement with archives and collections from four angles. First, regarding the situation of the colonial archive as well as its constitution and ongoing operation. Second, the politics of heritage and display. Third, a careful reflection on ethnographic collections in contemporary German museum practice. And finally, the “vexed place of historical collections of human remains in German museums”. Approaching archives and museums from these vectors the plenary’s theoretical scope encompassed most of the major areas of debate in contemporary heritage and museums work.

The panelists each mobilised refreshing analyses that in different ways addressed the session’s main themes. The historian, Carolyn Hamilton, from the Archive and Public Culture Research Initiative at the University of Cape Town, gave a presentation on how the category of tribe works in the southern African historical archives as an imposed term that accretes its own legitimacy. Speaking to her co-edited book project, Untribing the Archive, She discussed strategies for thinking and engaging a project of “untribing”, or reading through or beyond tribal references that code the southern African archive. Highlighting this complicated coding of archival sources, she raised questions about the relational and sometimes situational quality of knowledge and evidence. In addressing the complicated heritage of archival depots, she foregrounded that provenance was not enough, but that recognition upfront was a necessary step for all researchers who take the problematic constitution of the archive seriously.

The panel then continued with a reflection on curatorial experience and the challenges of re-curating problematic collections. Bambi Ceuppens, head curator and director of the re-curation and renovation of the Royal Museum for Central Africa in Belgium, which is due to reopen in 2018, highlighted the fraught personal experience of trying of reconciling decolonial expectations with the colonial history of the museum and its collections to make a new, different permanent exhibition. This challenge was made harder, perhaps even impossible, by radically different project visions held by researchers, museologists and the architects who are redesigning the building. Her paper therefore provided an unflinching look the hard choices that come with mobilising a decolonial museology.

Tahani Nadim, Junior Professor of Socio-Cultural Anthropology at the Department for European Ethnology at Humboldt University, delivered a paper that reflected on the collaborative, creative enterprise of putting on a critical intervention, Tote Wespen fliegen länger/Dead wasps fly further, in the Naturkunde Museum in Berlin, and raised important observations about how art and creative work can be mobilised to do different kinds of critical work in the museum space. Unsettling the taken for grantedness of ideas of innocence and naturalness that gather around natural history collections, the paper makes a fresh set of propositions about the entanglements between natural and cultural histories and hints at methods for their interruption and unraveling.

The bad weather directly affected the constitution of the panel as Barbara Plankensteiner the third panelist, was unable to make it in time. She was to give an account of her personal experience as a curator at the Museum for Völkerkunde in Hamburg and how it tied up with changes in thinking about European ethnographic collections. This was really unfortunate.

Sharon Macdonald, director of CARMAH, at the Humboldt Universitat Berlin, followed with a reflection on what the papers may bring to the discussion. She picket up on Carolyn Hamilton’s idea of the tribe and suggested that we could use it as a metaphor for understanding it as a metaphor for disciplinary or methodological differences, that may or may not be helpful, but which should be recognized and engaged when thinking about critical museologies. She highlighted the importance of specificity and situatedness, asking, rather pointedly, what happens when categories and kinds of museums are challenged, in say, asking is it valid to refer to natural history museums as having no cultural histories, and therefore does it still make sense to classify them in this way. Finally she highlighted that the papers suggested art and creative work could provide a method for long-term change in the museums.

The floor opened up with a question about how, when and who is allowed to use the word decolonialism in regard to disciplinary change and new museologies? The place and role of colonial monuments were also raised. Bambi Cueppens responded saying how critical reflection on Belgium’s colonial monuments, and the erection of monuments to Congolese independence heroes such as Patrice Lumumba, was triggered not by Rhodes Must Fall in South Africa, in reference to the student protests for the removal of a statue to Cecil John Rhodes, but rather the violence that erupted around the removal of Confederate Statues in the US. Moreover, the RMCA has been forced to take responsibility for colonial history materialised as monuments, as a new depot for bad history, as Belgians have come forward to donate materials they see as racist and not worthy of public display.

There are changes afoot in the German academy. The DGV did resolve to change its German name to the German Association of Social and Cultural Anthropology.[1] Against this background of change, the plenary was a timely and important stage for hosting difficult conversations about institutional critique and change. Moreover, it showed how this is and can happen, by highlighting innovative art practice, by reflecting on new approaches in history and revealing what it takes to curate difficult collections.

But like the chaos brought on by the storm, it also showed that the deconstruction of museums, and the undoing of their colonial discursive powers can be non-linear, frustrating and even confusing. Bewildering and circuitous, the unwinding engagement with archives and collections also offers exciting opportunities for re-engaging dominant expressions of the past in new and different ways.

Many thanks to Regina Sarreiter who contributed to this piece! Photo credit Timur H Kiselev.

[1] The English name will remain the same. 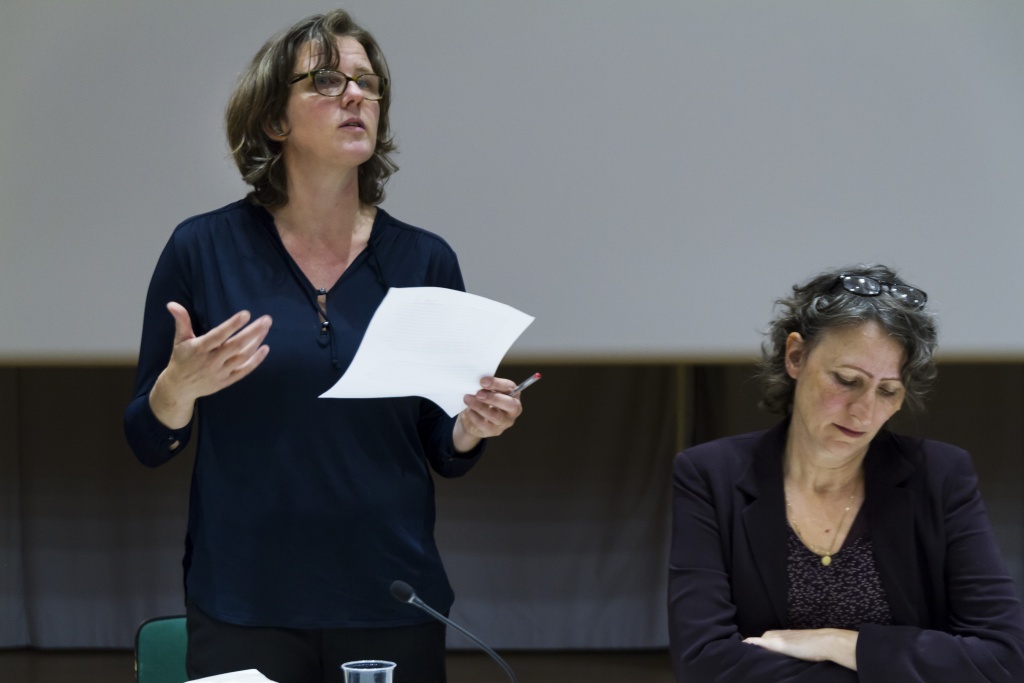 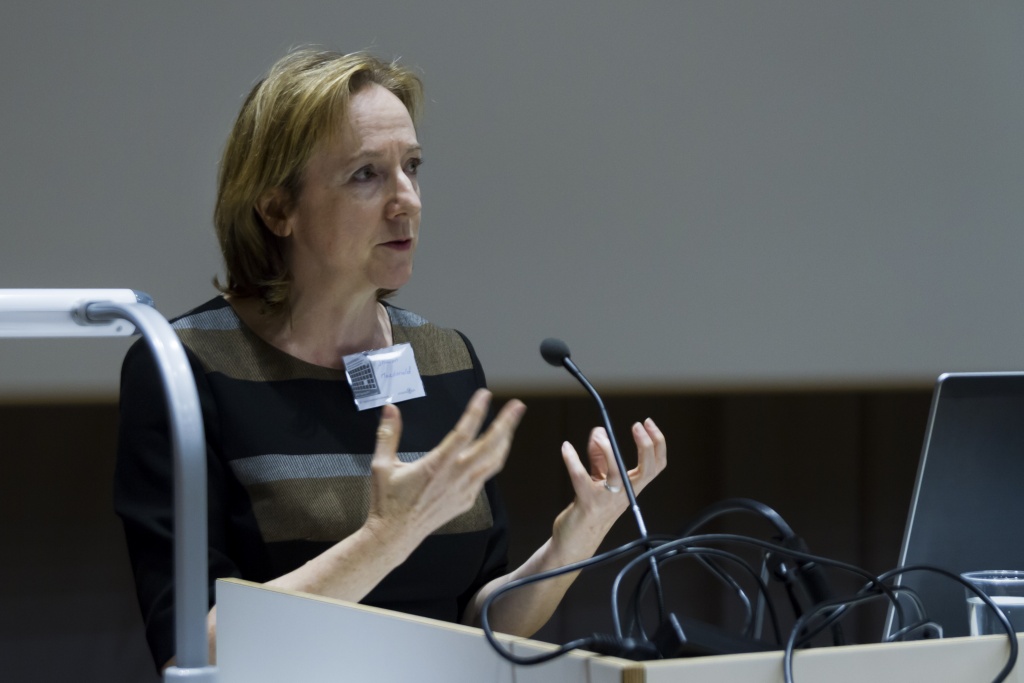 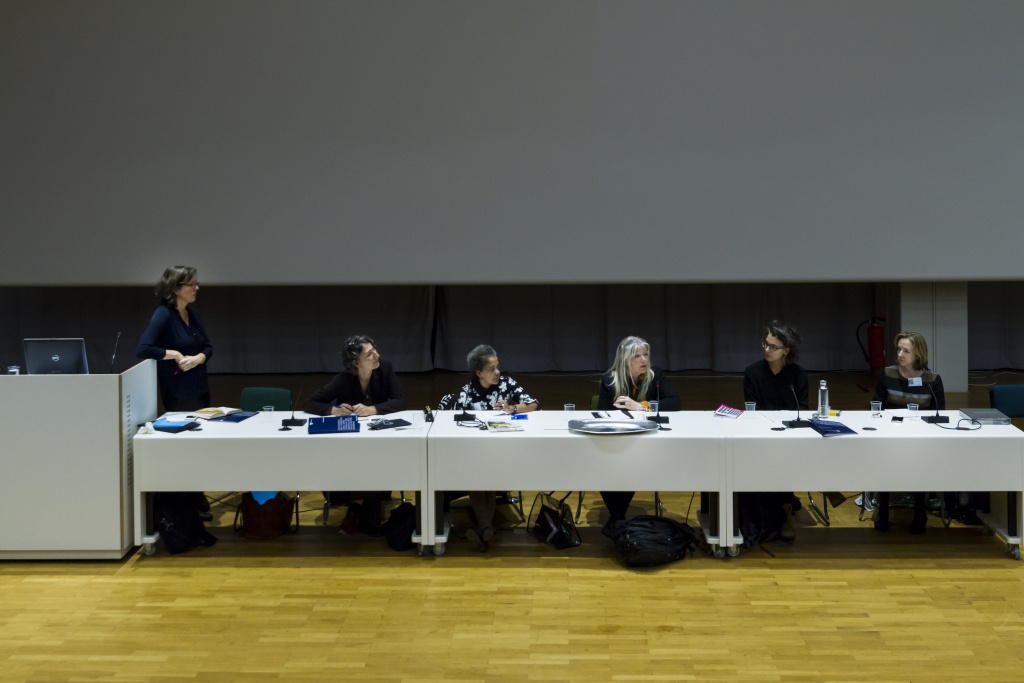 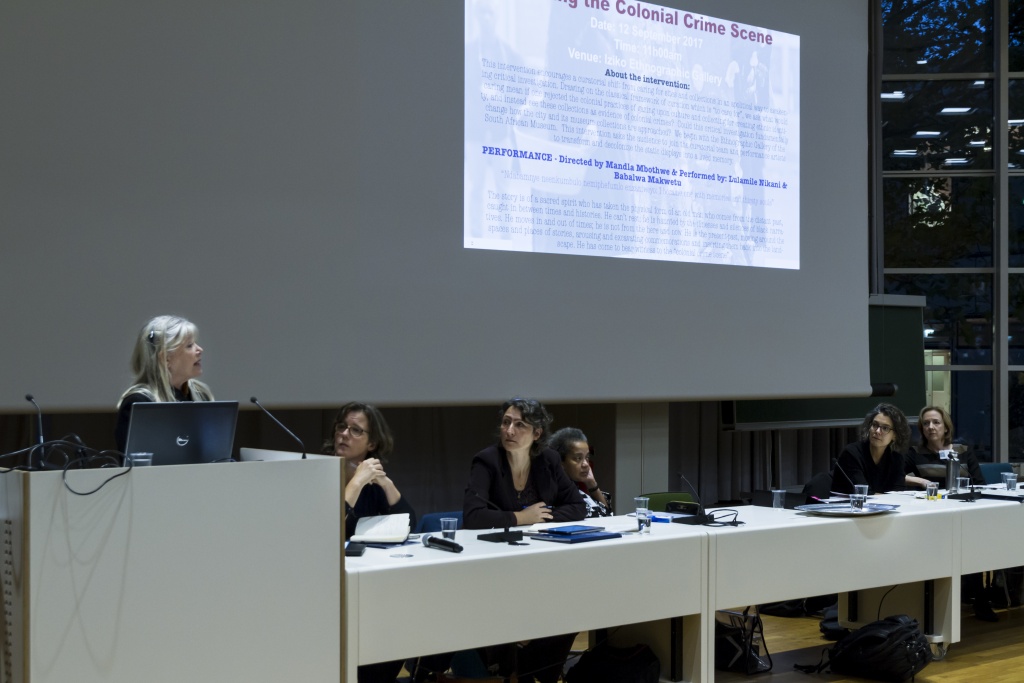 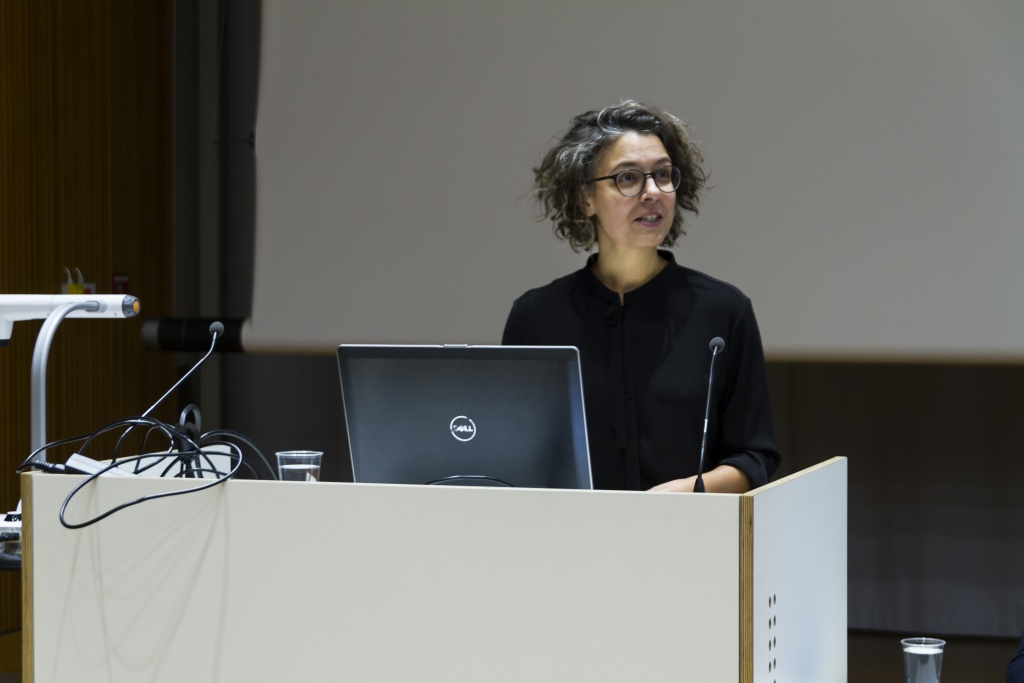 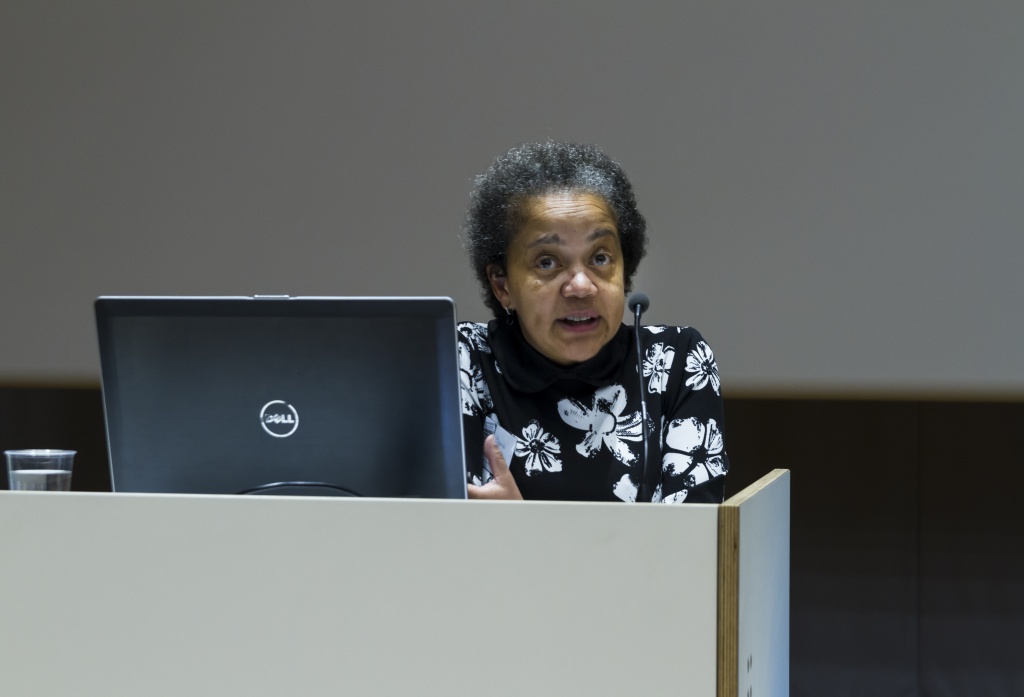 Duane Jethro is a Post-Doctoral Fellow working at CARMaH at the Humbolt University, Berlin. A graduate of Utrecht University, his PhD (2015) dissertation combined religious studies theory with ethnographic fieldwork research on new heritage projects in post-apartheid South Africa. He is currently working on a book addressing the evocation of the senses in heritage claim making processes in post-apartheid South Africa. He held a Post-Doctoral Fellowship at the Archive and Public Culture Research Initiative, at the University of Cape Town in 2016. Duane Jethro is funded by the Alexander von Humboldt Foundation.