In my introduction to the panel the participants were informed that, in general terms, artification refers to a process of classificatory and material transformation of objects, knowledge and actions into “art” – as a socially recognized domain and with its own techniques, maintained by a set of specialists. According to the art sociologists Roberta Shapiro and Nathalie Heinich: “We seek not to define what art is nor how it should be considered, but how and under what circumstances it comes about. We want to map the processes through which objects, forms, and practices are constructed and defined as artworks and see what consequences this emergence has.”[1]

artification refers to a process of classificatory and material transformation of objects, knowledge and actions into “art” – as a socially recognized domain and with its own techniques, maintained by a set of specialists.

Although this elementary definition was important to stimulate the participants’ engagement, they were advised that the word itself (artification) was a neologism and that it should be understood as an idea under consideration rather than as a fully established concept. Once they realized that we are moving through an open field of research, the participants became more interested in understanding what were the specificities of the notion and for what reasons it was at the centre of our attention. Some of their first comments questioned not only the methodological pertinence of the notion and its scientific uses, but also if it were not the case of replacing it by another expression – such as “heritagization” – or an even better substitute term that has still to be created.

In this sense, one of the most interesting elements that took place during the three rounds of discussion was the plurality of conceptual perspectives presented. If we try to translate the viewpoints into a diagrammatic picture we could perhaps draw on a set of arrows connected by a central axis – but oriented in different directions. One of them could be exemplified by a curator’s point of view, to whom the main point was not if this is art or not, but rather “is this good or bad art?” That means that once someone  discussed art it seemed to be necessary to start evaluating the artwork itself and the aesthetic accuracy of its creator. Another colleague, an anthropologist, took a different approach and highlighted the relativity of the art concept. Furthermore, she inquired as to which concept of “art” could contribute to a theory of artification. Another person also asked what UNESCO might think about “art” in their policies, and so on. This set of questions created an interesting scenario for the continuity of the presentation of what artification was supposed to be, or not.

For the sake of the group interaction, the participants were encouraged to mention theories and authors they had in mind at that point. James Clifford (and The Predicament of the Culture) was at the top of the list, followed by Walter Benjamin (his analysis of the loss of the “aura” of art objects since they have been technically reproduced). Researchers like Barbara Kirshenblatt Gimblett and other colleagues – some of them present at the Otherwise Conference at CARMAH – were also mentioned when we started to discuss intangible inheritance and the contemporary cultural performances.

In connection with these subjects, I presented some questions from my own fieldwork research on the festive celebration of Holy Week in Ouro Preto, Brazil. From the 1930s on, the town became one of the main symbols of Brazil’s cultural heritage due to its colonial urban architecture. First classified as a ‘Monumental City’, later designated a World Heritage Site by UNESCO in the 1980s, it has been transformed into an international tourist attraction over the last decades. During the Holy Week, a series of processions that dramatically reconstitute the key moments of the history of the Passion and death of Christ are particularly important for the local community – who reenact the sacred drama in their own way. In this context, the character of Jesus Christ (the protagonist) is usually represented by wooden baroque sculptures from the 18th century Iberian Peninsula. Moreover, the ritualized use of the images emphasizes the double classification of these artifacts: on the one hand, they are understood as intangible heritage and “cultural goods”, which must be preserved according to rational techniques of museum conservation and exhibition; on the other, they are seen as items of popular devotion and subjects of affective “care” by the devotees. 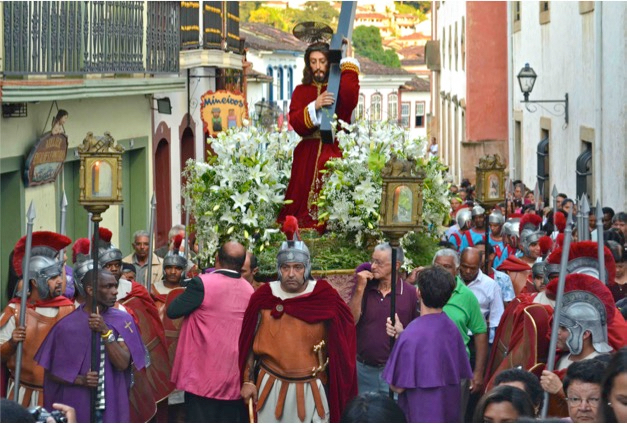 Once the ethnographic data was presented, the participants became particularly interested in the dramatic way in which general Christian characters were culturally translated in the Brazilian town. Again, heterogeneous perspectives emerged during our discussions. Some of the table guests argued that this case was more related to “religious tradition” than to “art” or “heritage”. In fact, this discussion was one of the most interesting,, since it allowed for the observation of different reactions held by Otherwise participants in comparison with other researchers to whom I have presented the ethnographic study earlier. At CARMAH, the questions about the artification notion were not motivated by its (hypothetical) low theoretical accuracy, but mostly because the participants did not recognize the processions and ritual artifacts as part of the “artistic” domain. In relation to this, it could be underlined that a closer look at the data indicates that for the Ouro Preto inhabitants themselves, or even for the tourists, there are many ways of understanding the Holy Week performances, including the “art” framework. There are directors of performing arts engaged in the reversals of the biblical enactments. The artistic knowledge, in this context, helps to engage people in “religious” experiences and vice versa. Likewise, some participants of the World Café also argued for the porosity of boundaries between cultural (or intangible) heritage, religion and art – revealing an intellectual and joyful dissent on our table. 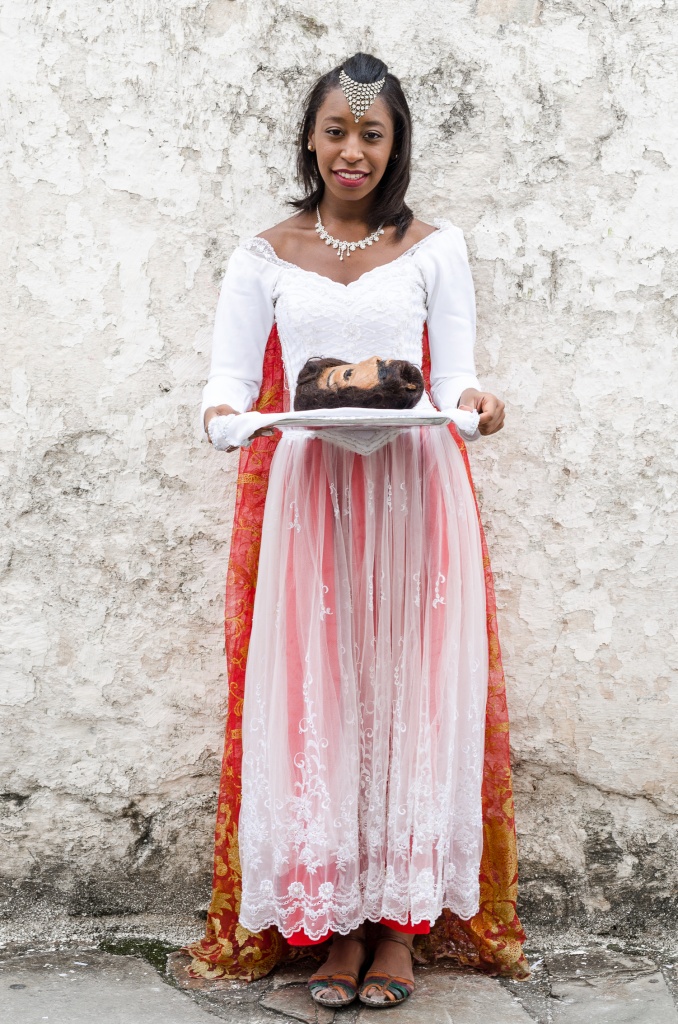 The interactions stimulated by the World Café revealed not only conceptual variations in the way of observing reality, due to the different academic backgrounds, but also showed some ways of disagreement that are, nonetheless, culturally, historically and geographically located. From the point of view of a table host, it was interesting to realize how intellectuals (scientists, curators, artists etc.) from many countries can become connected in order to produce high-level knowledge – as we could witness over the three days of the meeting. However, it also seems to be important to keep debating on subjects such as alterity, cultural pluralism and postcolonialism – and take it further. As the only Latin-American researcher (as far as I know) to present at the Conference, I believe that it can be challenging to face some academic dilemmas, such as thinking about a minimum quorum of non-USA or European researchers. New ethnographic and analytical cases would be debated from new and unexpected perspectives through the future participation of an even more heterogeneous audience. The success of the last experience and its intellectual relevance stimulate our imagination in order to keep on thinking Otherwise.

The interactions stimulated by the World Café revealed not only conceptual variations in the way of observing reality, due to the different academic backgrounds, but also showed some ways of disagreement that are, nonetheless, culturally, historically and geographically located. 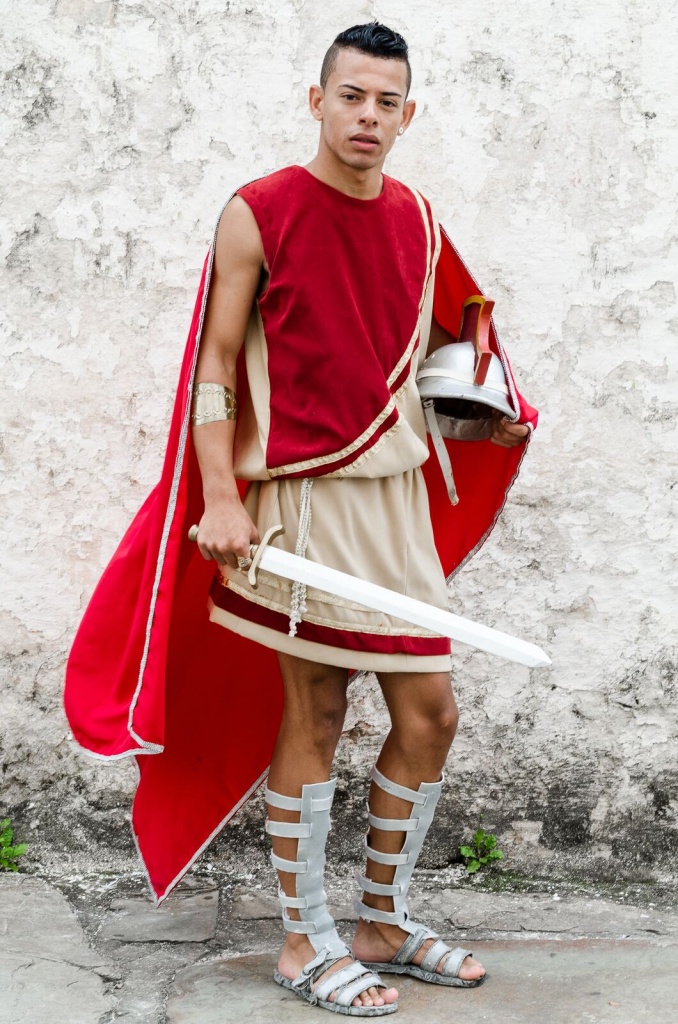 All Photos by the author.