Departing from our motivation to think “otherwise” on the established approaches to museum and heritage, queer-ing as a verb intrigued us to interrogate the subversive potential of its applications. Our review of the literature also brought up the limitations of the term when used in the categorical formulations of inclusion of LGBTQ identities and histories. Moreover, we came across the shift from the adjective queer to the verb queering as a critical deconstruction. All in all, we found the verb queer-ing productive in addressing normativity and representational power in museum practice, in particular exhibition making and participatory collaborations.

In the last decade, authors such as James H. Sanders III (2007), Mills (2008), Fraser and Heimlich (2008), and Ami K. Levin (2010) have been writing in this direction, following a path opened by texts investigating exhibition making, participatory collaborations and curating practices. The first number of the third volume of the journal Museums and Social Issues published in 2008, entirely dedicated to this topic, was also very helpful to us, covering a broad range of different approaches on the intersection of Queer and Museum Studies.

Moving from these approaches on the term queer-ing, during the World Café we dealt with certain questions as formulated below.

Can queer-ing be a substitute for other key concepts of the contemporary anthropological debate?

In the first round of our table, Haidy Geismar raised the question whether and how queer-ing proposes any different epistemology in anthropology, where there is an already existent literature on topics coined as otherness, alterity, diversity etc. After having hung the poster on which we visualized our discussions, some more questions were posed about the potential opening that the term could bring. At this regard, one participant asked: What is the difference between subaltern and queer, if both fall out of the realms of the norm, language and representation? We can see that the mutual intent of these conceptions can be broadly formulated as a rejection of dichotomies and essential categories. As proposed by Heidy Geismar, an example for what it concerns within the museum sphere, in particular ethnological museums, might be the specific potential of the term queer-ing to trouble the debate on indigenousness. However, a research on how to apply the queer critique without pretending to invent anti-essentialism was also discussed as worthy of being pursued further. In this regard, these observations also relate to the debate of the panel on ‘Alterity’ hosted by Jonas Tinius. How would this other debate be different when undertaken through the lens of the queer rejection of such categories? What is peculiar to queer when it is applied to other fields, if we aim to turn it into “a way of looking” rather than merely looking at queer subjects?

How to queer museum practice and ethnographic methodology?

To be able to go beyond the liberal claims of inclusion of LGBTQ stories and individuals in museums, practitioners should translate the anti-normative intervention of queer theory into procedural strategies of exhibition making and knowledge transfer. This urgent need finds an exciting example in the idea of embracing failure, as it is suggested by several queer scholars such as Halberstam (2011). “Heteronormative common sense leads to the equation of success with advancement, capital accumulation, family, ethical conduct, and hope. Other subordinate, queer, or counter-hegemonic modes of common sense lead to the association of failure with nonconformity, anticapitalist practices, nonreproductive life styles, negativity, and critique.” (Halberstam 2011, p. 89)

Curating practices that rely on the failure of perception were some of the sample cases in our discussion. They were supported by our own example of the taxidermy of an eagle exhibited at the Naturkunde Museum in Berlin. The specimen, hanging from the ceiling of the permanent gallery “Masterpieces of Taxidermy”, was remembered by Chiara as prepared with a wing and a leg inverted, position that she interpreted as depicting a non-normative body. After a closer look, the eagle revealed itself to be, instead, flying in a twisted motion. A set of questions sparked from this account: How do museums of natural history construct the animal bodies and their borders, and how shadows and lights wittily play with these borders during the visit encounter? How does taxidermy change the exhibiting discourse when displayed outside the glass case? This example of failed perception excited us in regard to a potential rupture in building the normative body/subject/animal/visitor/citizen. 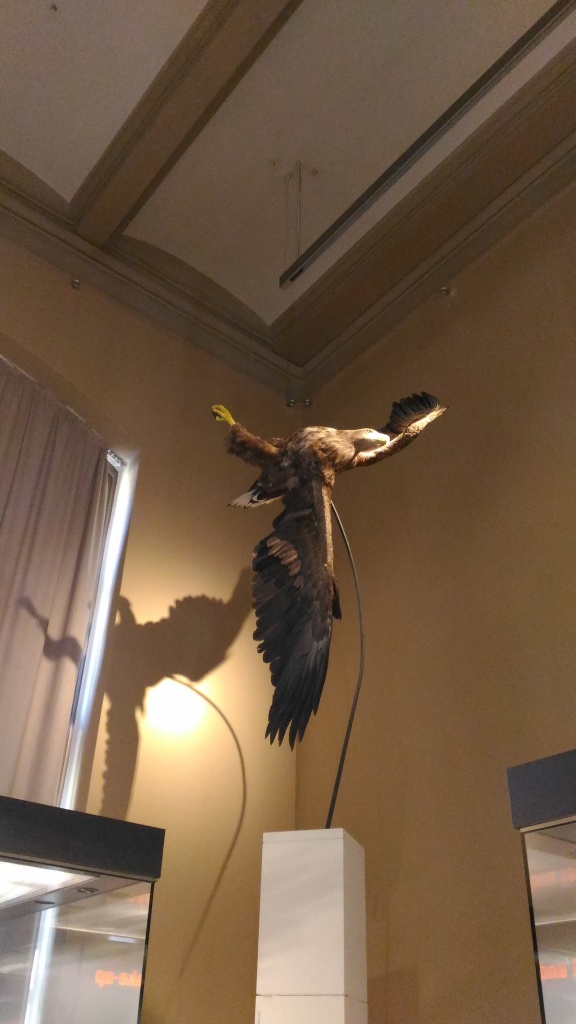 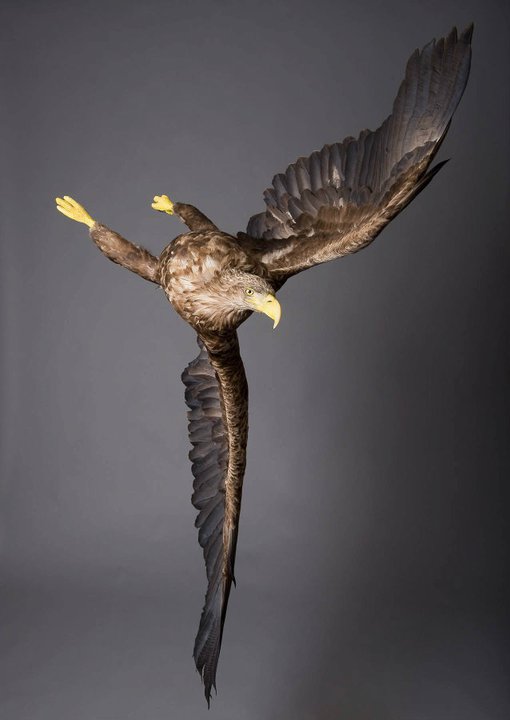 A second interpretation of failure in relation to exhibition making pointed towards the idea that exhibitions can fail, and maybe should fail. As a consequence, queer museum studies consider exhibitions as on-going development and not as finished products. Under this perspective, the curatorship becomes one of the multiple stages of a long-term iterative process, which includes, beyond the stages of feedback and evaluation, also that of revision. Katharina Schramm advanced this idea in very similar terms during the Alterity panel.

What is translocal in the proposal of queer-ing ?

The panel hosted by Katarzyna Puzon – focused on the key word translocality – was exciting in particular, as it provided two inputs of reflection specifically related to our topic. The first occurred when we hit the absence of the words transsexual or transgender when the popularity of the prefix “trans-” was exemplified as part of many other concepts such as transnational, transcultural etc. The second one was raised with the inevitable link between the geographical context and the historical origins of the term queer. With the rise of post-colonial ‘queer’ critiques, queer and its Western epistemology was problematized. These very critics underscored that queer historically and politically partakes in a ‘Western’ – and generally academic or intellectually equipped – repertoire which might not have a correspondence in other contexts and geographies. Instead, particular histories of particular geographies came up with their own repertoire and epistemology. Thus, we can assert that thinking translocally occurs as a queering practice, which can overcome the traps of the epistemological closet of the queer itself. In other words, this can disrupt the existing and pre-fixed repertoire of Anglo-Saxon geographies and political-histories.

Last, to turn back to our initial questioning:

Is it productive to stretch the term queer-ing beyond the field of sexuality and gender in the context of museums and heritage studies?

A further reflection on the discussions hosted during the three days of the symposium highlights how the themes of gender and sexuality were not addressed. The struggle of queer scholars and topics to claim a space in the academic and intellectual field did not only take place when queer theory occurred as a discipline nearly twenty years ago, it is an ongoing struggle. Therefore, when we deal with the openings of the terminology of queer, neglecting gender and sexuality completely would empty the original disrupting force and intent of the term. We want to conclude by highlighting that it is necessary to consider gender and sexuality as significant power technologies not to be underestimated. If we as women/trans members of academia with a feminist agenda loosen our motivation to underline this focus, white-cis men will always dominate the field by absorbing it into some other more “urgent” and “relevant” frameworks and agendas.

Getting back to our initial motivation to moderate the World Café table together and working with the term queer-ing, our interests as two moderators intersected in the nexus of the normative discourses on sexuality and nature. We were thrilled because through such an investigation, we sensed the opportunity to rethink the narratives on human-nonhuman relationship, nature-making, heterosexuality etc. as they are all intertwined very powerfully in the construction of norms. We hope to keep this exchange open and develop our intersections in more detail in the future.

Nazlı Cabadağ is a doctoral fellow in the “Media and Mediation” theme of the Making Differences project at the Centre for Anthropological Research on Museums and Heritage (CARMAH). She is interested in new media practices in the negotiations of the sexualized and racialized boundaries of Türkiyeli  “queer” identity in Berlin.

Chiara Garbellotto is a doctoral fellow in the “Science and Citizenship” theme of the Making Differences project at the Centre for Anthropological Research on Museums and Heritage (CARMAH). Taking the Museum für Naturkunde as a case study, she explores the museum’s discourse on biodiversity and its role in constructing citizenship through education and public engagement. She is devising her ethnographic methodology in order to collaborate with both visitors and non-visitors.